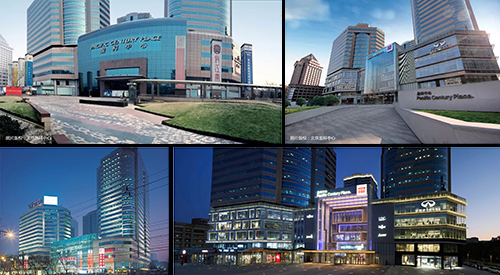 For the podium, Gaw Capital Partners engaged Lead 8 International Ltd. for the architectural and interior design, AECOM for the landscape and electrical engineering, and LDP international (China branch) for the facade, interior and landscape lighting design of the podium.

The lighting design intent was to integrate the concept of “old” and “new” by merging the standalone horizontal and vertical lines on both sides of the podium designed by the architect into a central mesh at the main entrance. 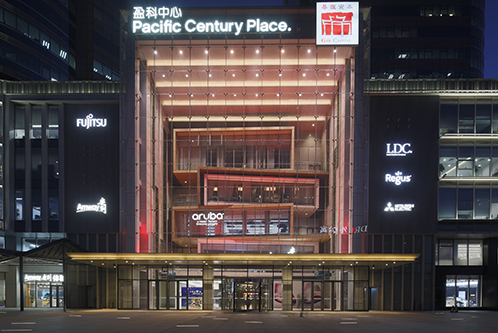 From the inside out, the entire design of the Beijing Pacific Century Placemeets the LEED gold requirements and the corresponding certification was issued by the USGBC（U.S. Green Building Council） in April 2017.

The few vertical lines of the West podium and the five-storey high vertical multilayered rectangular main entrance with its smooth color changing capability stands out (controlled by a DMX512 system) and contrasts with the rest of the podium’s long horizontal fins lit by static 4000K LED lighting. 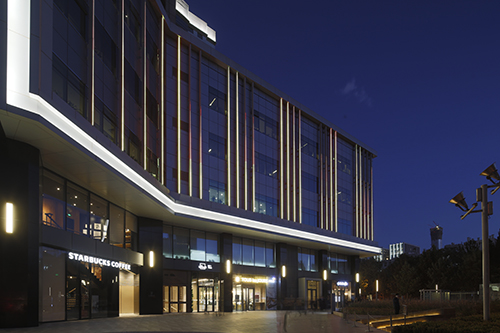 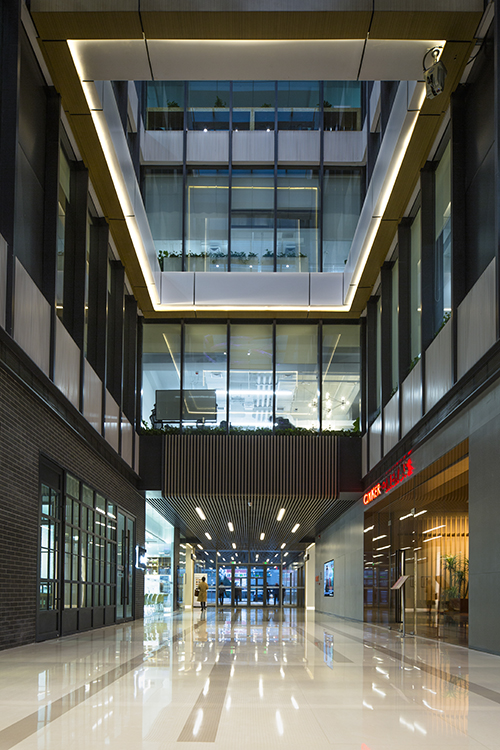 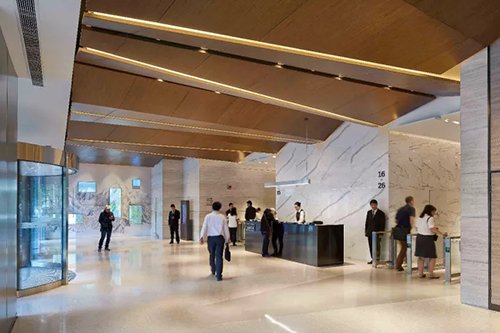 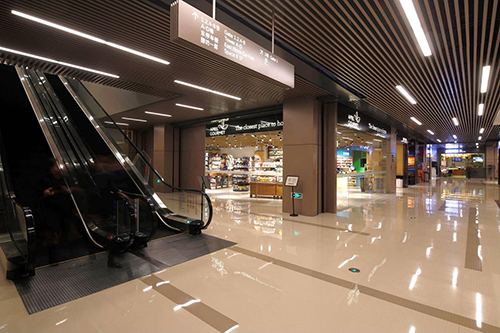 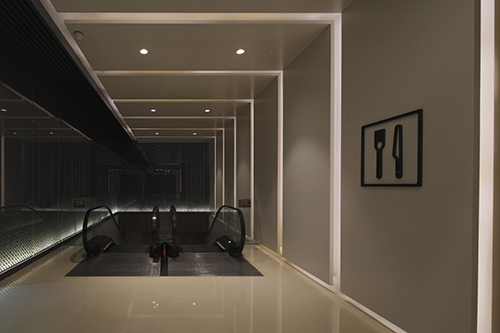 A roof garden with restricted access makes this environment comfortable and relaxing for blue collars. Lighting such space might seem more complex than it looks: in order to prevent glaring from wall lighting fixtures, multiple mockups were needed to confirm the material and its transparency.